The first Prime Minister of Singapore had passed away on 23rd Mar 2015 @ 3:18am. It was a sad news for our nation as we have lost the founding father of Singapore. 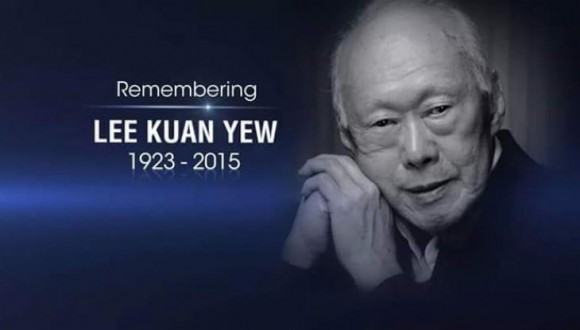 As the nation is mourning for our lost, for the past few days, I was reading published essays written by his family and prominent figures in Singapore about their personal encounters with Mr Lee and about his personal life. I was watching videos of the World leaders paying tribute to Mr Lee and I began to understand him more as a person.

He is a normal person just like any one living in Singapore. He had his loving wife and children, he had his own family issues and he had his own personal problems.

But, there is only one difference. He lived a life not all just about himself and his family. He lived a life for the nation and the life of 2 million people he was entrusted with when he became the nation’s first Prime Minister in 1959. He put the success of the nation before himself.

He had a dream, he had a vision and he had a very capable team behind him. He was wise and street smart, he was driven and he was a number 1 “sales man” (persuasion skill and negotiation skill), he was determined and he persevered.

At some points, he had to make difficult and unpopular decisions, but he did not waver. He stuck to his vision and dream for the country he loved. This was the test of a true leader and his character.

I was not even born when he became the first Prime Minister, but my generation has benefited from his governance and policies. He had visions for the future generations and was paving a nation’s education system, social cohesion and responsibility right from the beginning.

This was his empowering speech transcript to all the Principles in Singapore in 1966, when we were just 1 year old after independence.

The result is what Singapore is seen by its own people and the World today.

My family and I are very proud and consider ourselves very fortunate to have a leader like him. His values and beliefs will be passed down to many generations to come.

Thank you Mr Lee for all you have done for us.

A Tribute Video to Mr Lee

My Tribute to Mr Lee

You could write your tribute HERE.

Our National Song and its meaning

If this Life Success Quote has inspired you, share with us by leaving a comment. We would love to hear from you.