What are the 5 ways to kill your dreams? We thought we had known…

Bel Pesce gave an inspiring talk at TED on Oct 2014 about 5 ways to kill a person’s dreams. She breaks down five easy-to-believe myths that ensure your dreams will never come true!

#1 Believe in over night Success!

#2 Believe that someone else has the answers for you!

#3 Decide to settle when growth is warranted!

#4 Believe the fault is someone else’s!

#5 Believe that all things that matter are the dreams themselves!

Watch the video for her full explanations: 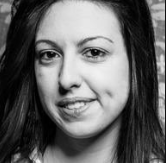 Bel Pesce is a passionate entrepreneur and founder of FazINOVA, a school that helps people of all ages achieve their dreams. She studied at the Massachusetts Institute of Technology (MIT), where she got Majors in Electrical Engineering & Computer Science and Management Science, and got Minors in Economics and Mathematics. Bel is also an author of three bestselling books: “The Brazilian Girl from Silicon Valley”, “Superheroes: WANTED” and “The Girl from Silicon Valley 2”, the last two available only in Portuguese. Her books have been downloaded over 2 million times and sold over 100 000 copies. Bel was named one of the “100 most influential people of Brazil” by Epoca Magazine, “30 under 30” by Forbes Magazine, and voted as one of the “10 most admired leaders of Brazil”. Recently, Bel won the Cartier Women’s Initiative Awards, and brought to Brazil for the first time the renowned Cartier award which evaluates projects of entrepreneurial women from all around the world. She is a TED Fellow and frequent speaker, having delivered over 200 talks worldwide.

Check out the #1 Escape Tool I use to build a Successful Wealthy Affiliate Business Here!