Bionic Prosthetic Legs – You will never believe what the new bionics can do in future after watching this motivational and inspiring video!

Huge Herr lost both of his legs in a climbing accident in 1982. Not going to be defeated, he designed and created his own prosthetic legs that can assist him in climbing. With his new prosthetic legs, he can climb easily at any harsh climbing environment and he became the first man with a major amputation to join the ranks of elite climbers.

Wanting to improve his prosthetic legs to function like normal legs would, and inspired to help others like him, he went on to research.

And finally became a professor at MIT where he is focused on making bionic leg prostheses!

Watch his inspirational and emotional speech at TED, accompanied with a beautiful dance by a lady with a bionic prosthetic leg. 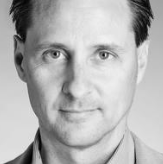 Hugh Herr directs the Biomechatronics research group at the MIT Media Lab, where he is pioneering a new class of biohybrid smart prostheses and exoskeletons to improve the quality of life for thousands of people with physical challenges.

Herr is the founder and chief technology officer of BiOM Inc., which markets the BiOM as the first in a series of products that will emulate or even augment physiological function through electromechanical replacement. You can call it (as they do) “personal bionics.” 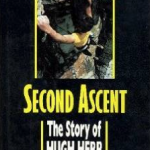 As a boy with passion and talents in rock climbing, Hugh Herr met a disastrous accident that took both his legs at seventeen during one of the climbs.

If this Success Video Clip has inspired you, share with us by leaving a comment. We would love to hear from you.