The magic ingredient that brings Pixar movies to life – Do you want to know how a passion and dream can turn to Success in Life? You must watch this!

In the following TED Video, Danielle Feinberg shares with us the magic ingredient that brings Pixar movies to life.

What is the magic ingredient?

Watch the video first as I am not going to be a spoiler here. 🙂

Thousands of people who watched this video would say “Hey, the magic ingredient is Lighting!”

Yup, Danielle Feinberg mentioned that clearly that Lightning brings the animation to life, give them their emotion and souls.

Personally, I believe that there are more ingredients than just Lighting.

They are Daniell Feinberg’s dream of becoming an Artist from young and her passion for science, math, and coding.

They are both important ingredients that led to her success in Pixar and of course Pixar’s series of Academy Award ®-winning films!

Most moviegoers sit through the 120min films, immersing into the worlds and stories created without realizing the humongous amount hard-work and effort each individual working at Pixar put into them.

Without their dreams and passions, it is hard to think what kind of films will Pixar produce.

What does this tell you about being successful in life or anything you are passionate about? 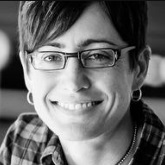 “Danielle Feinberg began her career at Pixar Animation Studios in 1997 on the feature filmA Bug’s Life.

She quickly discovered her love for lighting and went on to light on many of Pixar’s feature films including Toy Story 2, Monsters, Inc., the Academy Award®-winning Finding Nemo, The Incredibles, and Ratatouille.

Feinberg was the director of photography for lighting on Pixar’s Academy Award®-winning films WALL-E and Brave and is now working on Pixar’s upcoming film, Coco. ” – Full Bio

I started my Affiliate Marketing business in 2014 and never looked back since.

Wealthy Affiliate is where I learned how to build a Successful Online Affiliate Marketing Business right from the fundamentals.

The best thing about Wealthy Affiliate is that I could start learning how to build my Online Business Passive Income with ZERO prior knowledge on Affiliate Marketing.

*Please note that some countries are not able to join as FREE Starter Members due to Wealthy Affiliate University’s Anti-SPAM policy.